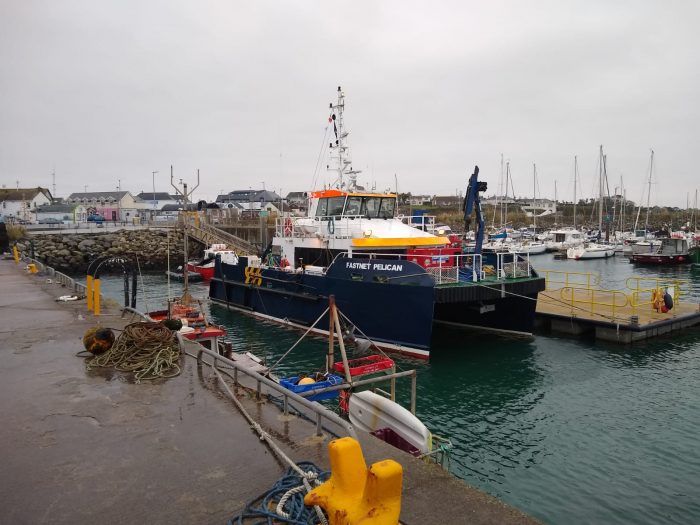 We are delighted to announce that Geomara have completed a full spread cable route survey running from Ballyteige Bay just west of Kilmore Quay out to the 12NM limit.

Geomara mobilised the Fastnet Pelican in Waterford City. The survey included Multibeam Echo Sounder, Sidescan sonar, Sub Bottom Profiler and Magnetometer. A sonar winch and the A-Frame on the back deck of the Pelican was used deploy the Sidescan sonar and magmetometer. A USBL system was also deployed in order to accurately plot the position of the towed arrays.

In sometimes challenging conditions our team of IHO certified surveyors acquired the survey data which following processing, charting and reporting will be used to inform the final route of the proposed cable system.

Full details of the survey can be found on the project section of the website.

Based in the west of Ireland, we work worldwide in a number of offshore and nearshore environments. Our experienced staff has been providing expert advice and services to a large variety of clients in various marine sectors including oil and gas, renewable energy, submarine communications, government as well as research and academia, for over 15 years.